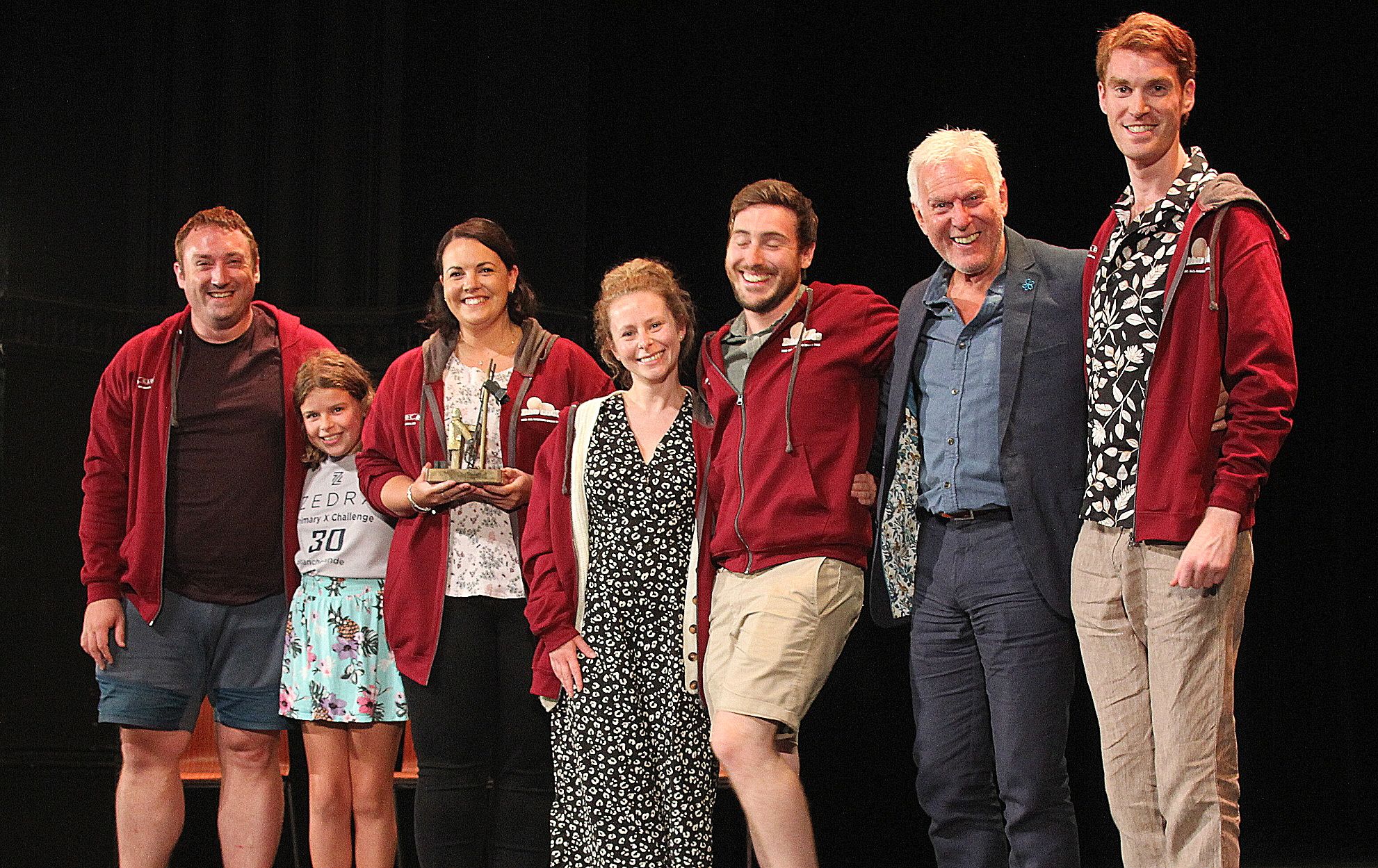 Following great success at this year’s One Act Play Festival in May, the team behind the overall winning production ‘Bad Eggs’ participated in the National Drama Festival British All-Winners Finals in Coventry. Thanks to local fundraising efforts and sponsorship from Guernsey Arts, the team were able to travel to the mainland and take part, taking a lorry of props, costumes and set pieces with them.

The trip wasn't without offstage drama as one of the cast was struck down with covid a few days before the team were due to travel, meaning director Ethan Hitchon had to step in last minute so the show could go on.

The National Drama Festival is a prestigious week-long event that gives the best of amateur theatre across Britain an opportunity to showcase their work in a friendly competition. The event took place at the Albany Theatre in Coventry.

‘Bad Eggs’, by local writer Dani Robin, was inspired by true events experienced by her grandmother and great-grandparents during the German Occupation of Jersey:

“Jerseyman Hugo Breton and family strive to live as normally as possible under the German Occupation of their home island. Hugo is determined to keep calm and carry on despite numerous restrictions placed on the community – until one night he discovers someone is stealing vegetable from his shed! He decides to retaliate but a late-night visit from the Gestapo forces him to face the question of what is more important: defiance or his family’s safety?”

At the award ceremony, adjudicator Jan Palmer-Sayer described the play as an “authentic, dramatic, engrossing, fascinating glimpse into family life in the Channel Islands in World War Two”.

‘Bad Eggs’ was one of twelve one act plays competing and were awarded the Sydney Fisher Trophy for Best Team, one of only five awards in the one act play section.