Bridget Spinney is an artist living and working on Guernsey….

She gained a BA(Hons) at Central St Martins and PGCE University of Brighton. Is married and mother of two sons. The family moved to Guernsey in 2011 after having sailed to Brazil on their 37ft Sweden Yacht, the family adventure ended in near tragedy when her husband Richard was hit by an enormous wave on the beach, breaking his neck. He made a remarkable recovery. They now live in a Guernsey Farmhouse on the north of the island. Bridget works in an old barn converted into a studio,The Clock Barn Studio.The Art of Nature on Paper - Bridget Spinney

The concept behind this body of work is that I facilitate nature to create art….

Having spent much of my life beside the sea or on the sea, beaches have become an obsession of mine. Moving to Guernsey, which has some of the strongest tides in the world the patterns and nature of the intertidal zone have become a complete fascination. I began using conventional methods of painting the beach views and patterns, then moved to texture paste to try and recreate them in relief, and even making worm casts from string. Never quite being able to capture the amazing, transient patterns when the tide receded, I decided to print directly print off the beach, using charcoal powder. I needed a medium that has little or no detriment to the environment. I just loved the raw quality of the prints which still seem to retain the very essence of the sea. Developing the organic theme further I have used cuttleﬁsh ink to print various seaweeds The possibilities are endless trees that draw and paint in the wind, the meanderings of top shells as they munch their way across the paper. 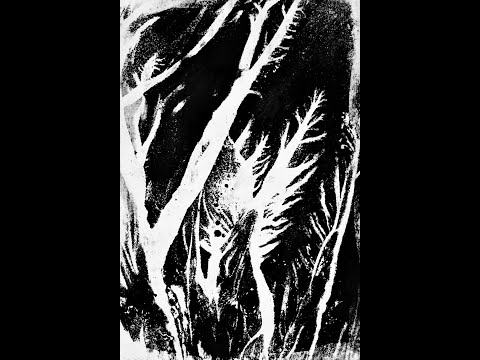